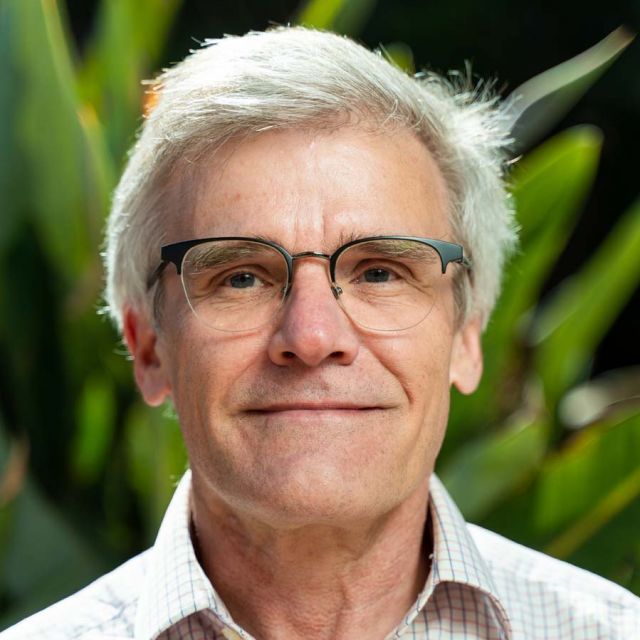 Werner Kuhn was the director of the Center for Spatial Studies and held the Jack and Laura Dangermond Endowed Chair from 2013–2020 and has been a professor in the Department of Geography at the University of California, Santa Barbara. His main research and teaching goal has been to enable transdisciplinary research through spatial information and computing. Before joining UCSB in 2013, Kuhn was a professor of Geoinformatics at the University of Münster, Germany, where he led MUSIL, an interdisciplinary semantic interoperability research lab (musil.uni-muenster.de). He holds a doctorate from ETH Zurich in Surveying Engineering and was a post-doctoral researcher with the National Center for Geographic Information and Analysis (1989–1991) as well as with the Vienna University of Technology (1991–1996). He is a co-founder of the COSIT Conference Series (since 1993) and of the Vespucci Initiative (vespucci.org), since 2003.